In November 2021 Vistech organised and hosted an event at their UK Head Offices in central Middlesbrough. As Armed Forces Covenant Silver Award holders Vistech welcomed a number of Teesside based companies to sign the Armed Forces Covenant Pledge. The Pledge is a promise that those who serve or have served, and their families, are treated with fairness and respect in their communities, economy, and society for which they serve with their lives. 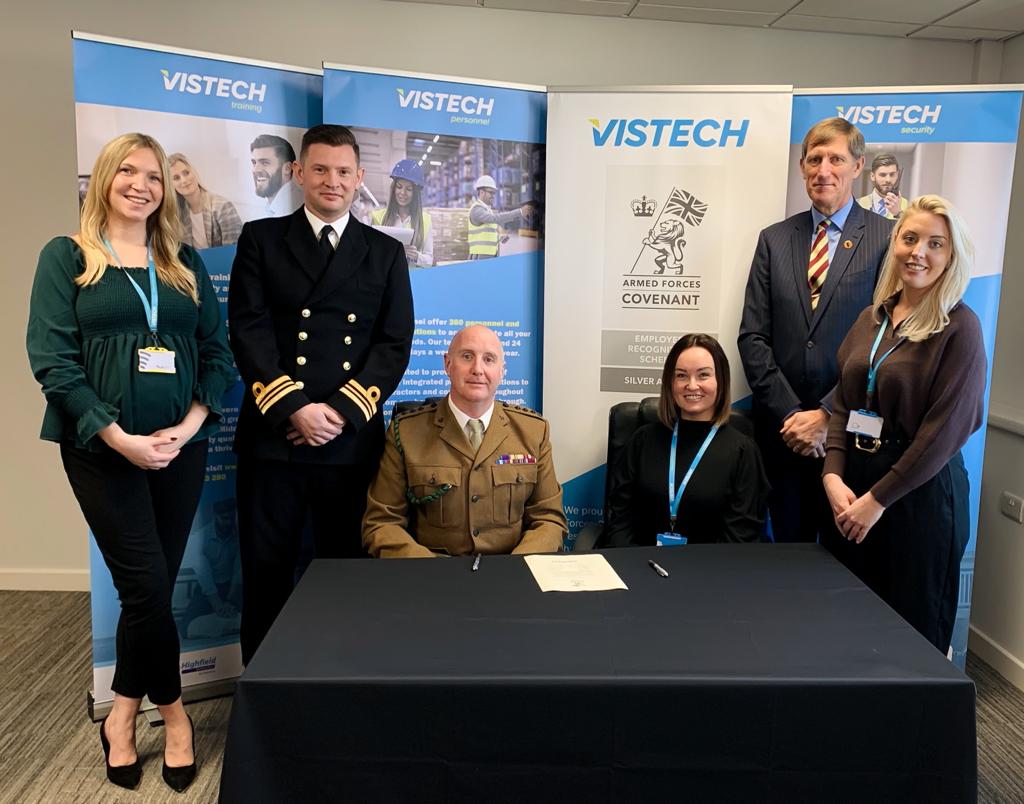 The event was attended by representatives from the Ministry of Defence including David Eccles from North Of England Reserve Forces’ and Cadets’ Associations, Lt Cdr Stew Weir the Asst Naval Regional Commander and Capt David Ridley Regimental Operational Support Office for 8 RIFLES. During the event, they gave an introduction on the support the Armed Forces Covenant currently provide to those who serve, have severed and their families.

Following the presentation, there was a ceremony in which the local companies signed the Covenant Pledge. In signing the pledge, they all made a commitment to support serving personnel, service leavers, veterans and their families by fostering relationships between business and the Armed Forces, supporting employment opportunities for veterans, service spouses and partners and offering favourable employment terms to support reservist duties.

Vistech will continue to support the Armed Forces Covenant and also encourage other companies in the Teesside area to do the same.

REQUEST A QUOTE OR FURTHER INFORMATION